The Royal Moroccan Armed Forces have already taken delivery of at least 127 M1A1 Abrams tanks from the USA, according to an 8 August report by the Infodefensa news agency.
“Satellite images show that Morocco already has at least 127 of the almost two hundred Abrams M1A1 tanks that the United States has authorized to sell to the North African country,” said in the report of a Spanish news agency.

The U.S. Defense Security Cooperation Agency (DSCA) announced in June 2012 that Morocco had requested the possible sale of 200 surplus M1A1 tanks along with associated parts, equipment, logistical support and training.


DSCA also noted that this package of M1A1 tank enhancements will contribute to the modernization of Morocco’s tank fleet, enhancing its ability to meet current and future threats. These tanks will contribute to Morocco’s goal of updating its military capability while further enhancing interoperability with the U.S. and other allies. The proposed sale of this equipment and support will not alter the basic military balance in the region.

Under the foreign military sales (FMS) contract, the General Dynamics Land Systems (GDLS) company was to upgrade M1A1 Abrams tanks into the M1A1 SA (Special Armor) configuration for sale to the Kingdom of Morocco. But in 2015 this tanks became known as the M1A1 SA Situational Awareness.

According to the Stockholm International Peace Research Institute (SIPRI) in 2017, Morocco had requested from the United States 200 M1A1 Abrams main battle tanks and been allocated 162.

The first batch of 22 M1A Abrams main battle tanks has been delivered to the Moroccan armed forces in 2016. 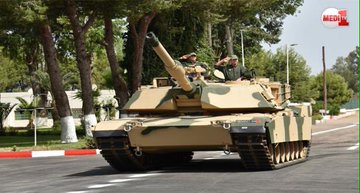 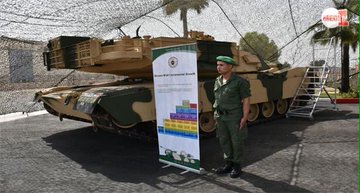 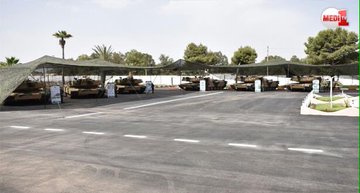